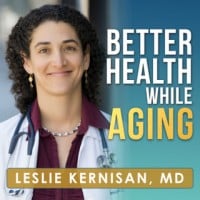 124 – Does Your Aging Parent Need Help?
What to check & how to talk about it