Everyone knows that vitamins and nutrition are important for health, and many older adults take a multivitamin.

But did you know that even among older persons who do this, many still end up developing a serious deficiency in one particular vitamin?

If there’s one vitamin that I’d like all older adults and family caregivers to know more about, it would be vitamin B12.

(Second on my list would be vitamin D, but it’s much harder to develop low vitamin D levels if you take a daily supplement, as I explain in this post. Whereas vitamin B12 deficiency does develop in many older adults who are getting their recommended daily allowance.)

A deficiency in any vitamin can be catastrophic for health. But vitamin B12 deficiency stands out because a) it’s very common — experts have estimated that up to 20% of older adults may be low in this vitamin — and b) it’s often missed by doctors.

Geriatricians also like to pay attention to vitamin B12 because a deficiency can cause — or usually worsen — cognitive impairment or walking problems.

But if you know the symptoms and risk factors, you can help ensure that you get a vitamin B12 deficiency detected. Treatment is safe and effective, as long as you catch the problem before permanent damage occurs. Here’s what to know. END_OF_DOCUMENT_TOKEN_TO_BE_REPLACED 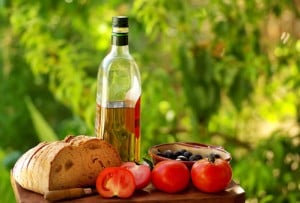 What kind of diet is best for maintaining the health of aging brains and bodies?

A common answer these days is the “Mediterranean diet,” due to a combination of recently published research studies and frequent media coverage.

In fact, a study published earlier this week found that older Spanish women who were randomly assigned to stick to a Mediterranean diet — supplemented by extra olive oil — developed fewer cases of invasive breast cancer, compared to women who were merely advised to reduce dietary fat.

This study was published by the same research team that reported earlier this year that Spaniards assigned to a Mediterranean diet — supplemented with either olive oil or nuts — experienced less cognitive decline. And a 2013 report from the same group found that the Mediterranean diet led to a 30% decrease in cardiovascular events (strokes and heart attacks).

Does this mean you should hustle to make sure your older relatives are eating a Mediterranean diet? Well, maybe. I will go into the study details later in the post, but for now, let’s say that the diet used in the study seems very sensible, provided one doesn’t suffer unduly from limited access to pork and cookies.

As is the case for many lifestyle changes that might affect cancer and dementia, a healthy diet reduces risk but is just one factor among many. Still, if we’ve learned of a good way to eat, why not consider it?

PREDIMED (Prevención con Dieta Mediterránea) was a big randomized control trial conducted in Spain, from 2003 to 2009. It involved 7446 peopled aged 55-80. In the next section of the post I’ll describe the study in more detail, but let’s start with what you are probably most interested in:

Just what was the PREDIMED Mediterranean diet??

Fortunately, it is possible to find the research study’s materials online, and they describe the recommended diet in detail. END_OF_DOCUMENT_TOKEN_TO_BE_REPLACED