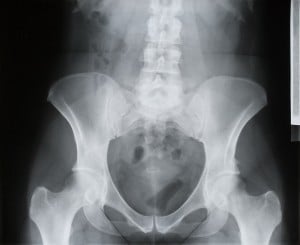 Once upon a time, the ER missed a pelvic fracture in one of my elderly patients.

Actually, this kind of thing has happened more than once, and perhaps it’s happened to your family too.

As much as we’d like to believe that our older loved ones will get the right care when they are sick or injured, the truth is that our healthcare system is imperfect, and it’s fairly common for serious problems to be missed.

Unless, of course, a proactive family caregiver knows to help the doctor focus on what’s newly wrong.

The story below was first published on Caring.com’s Older Patients Wiser Care Blog in 2009. It’s a true story (although I did change a few details to protect my patient’s privacy) about why it’s important that you help doctors spot any changes in function or ability.

In this story, I explain why geriatricians pay attention to “changes in function” and why busy doctors often forget to ask about this. And the post ends with tips to help you minimize the chance that an important illness or injury will be missed in your loved one.

Hope you find this helpful!

The case: An ER mystery

My patient with dementia, 85-year-old Mr. C.,  sat down short of his easy chair at home and fell. Within minutes, his daughter found him on the floor. She helped him to the chair, and they watched some TV. But half an hour later, he was unable to get up again and walk. She took him to the emergency room for evaluation.

“I’m fine. Nothing hurts,” Mr. C. told the busy ER staff more than once. “I just want to go home.” X-rays of his hips and pelvis revealed nothing, and so — after an exam that probably lasted only a minute or two — he was discharged.

Back home, however, he still couldn’t walk. He still insisted nothing hurt. “I’m a tough old bird,” he told his daughter. Later that night, though, she noticed that he grimaced every time he rolled over in bed. She knew something was wrong. But what?

The challenge: A problem overlooked

There are few things more frustrating than bringing your loved one to see doctors when you know something’s wrong, only to be told, “Everything’s fine.”

Often everything is  fine, thank goodness. But sometimes an important problem gets overlooked. Unfortunately one group — frail older people with Alzheimer’s or another dementia — is especially likely to be dismissed as “okay” when they’re not.

Why? Because people with dementia aren’t accurate self-reporters, and their caregivers often inadvertently neglect to report information about their status in a way that most health care providers understand.

The solution: Know what to look for — and what to say

The good news is that by understanding a key concept in geriatric care, a proactive caregiver can dramatically improve the odds of getting the right answers when bringing someone with dementia to urgent care or the emergency room.

The key concept is this: Changes in mental or physical function are critically important. Be sure to mention them — because they almost always deserve further evaluation.

Example 1: Let’s say your elderly mother with dementia is usually forgetful and confused about the month but consistently recognizes familiar people. If one day she’s much more confused than usual — not even recognizing the faces she sees every day — that’s a change in mental function. It could represent delirium (a sudden state of mental confusion and changes in brain function that can have many different causes) and should be brought to the attention of a medical professional. Urinary tract infections, for instance, often cause delirium in older people.

Example 2: You’re caring for an elderly father with Parkinson’s who’s often a bit confused and unsteady. If he’s normally able to walk but, after a fall, he can’t, even unsteadily, that’s an important change in physical function.

So it was with Mr. C. Although his daughter had dutifully reported to the ER doctors that her father had fallen, she didn’t emphasize that he was able to walk just fine until he fell. And because Mr. C. has moderate dementia, he was unable to articulate the pain that rendered him unable to take a step. Fortunately, after they returned home, the daughter was worried enough to call our Geriatrics Clinic, where Mr. C. is a patient. (He also has a heart condition.)

When we realized there had been a change in his function, we had him brought in for a CT scan of his pelvis, and we found several hairline fractures.

Diagnosing the fractures allowed us to make a better plan to manage Mr. C.’s pain, so that he could keep walking a bit while his pelvis slowly healed. By doing this, we kept him from becoming bed-bound, which would’ve seriously decreased his quality of life, and would’ve increased his daughter’s work in caring for him.

Changes in function seem like such a commonsense symptom that many caregivers assume that doctors will note these changes and take them seriously. Unfortunately, it’s easy for changes in function to slip under the radar of busy doctors, especially if they aren’t trained in geriatrics (the specialty of medicine that focuses on aging adults), and especially when these changes aren’t explicitly pointed out by the patient or his representative.

Always report any notable change in someone’s physical or mental functioning to a doctor, no matter how obvious it seems to you. Be sure to specify when you noticed the change, and how quickly it seemed to come on.

And then insist on getting an answer to what could be causing that change.

Have you ever had the doctors overlook a new function problem in an older person? I’d love for you to post questions and comments below!

« POLST: Resources & Tips on Avoiding Pitfalls
How to Use a Personal Health Record to Improve an Older Person’s Healthcare »