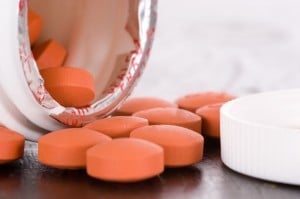 Q: My 88-year old mother often complains of various aches and pains. What is the safest over-the-counter painkiller for her to take? Aren’t some of them bad for your liver and kidneys?

A: Frequent aches and pains are a common problem for older adults.

If your mother has been complaining, you’ll want to make sure she gets a careful evaluation from her doctor. After all, frequent pain can be the sign of an important underlying health problem that needs attention. You’re also more likely to help your mom reduce her pains if you can help her doctors identify the underlying causes of her pain.

That said, it’s a good idea to ask what over-the-counter analgesics are safest for older people.

That’s because improper use of OTC painkillers is actually a major cause of harm to older adults.

So let me tell you what OTC painkiller geriatricians usually consider the safest, and which very common group of painkillers you should look out for.

What’s the safest OTC painkiller for an older parent?

For most older adults, the safest oral OTC painkiller for daily or frequent use is acetaminophen (brand name Tylenol), provided you are careful to not exceed a total dose of 3,000mg per day.

Acetaminophen is usually called paracetamol outside the U.S.

It is processed by the liver and in high doses can cause serious — sometimes even life-threatening — liver injury. So if an older person has a history of alcohol abuse or chronic liver disease, then an even lower daily limit will be needed, and I would strongly advise you to talk to a doctor about what daily limit might be suitable.

But when taken at recommended doses, acetaminophen has surprisingly few side-effects and rarely harms older adults. Unlike non-steroidal anti-inflammatory drugs (NSAIDs, see below), it does not put older adults at risk of internal bleeding, and it seems to have minimal impacts on kidney function and cardiovascular risk.

Be careful or avoid this common class of painkillers

Both of these are part of a class of drugs known as non-steroidal anti-inflammatory drugs (NSAIDs). Many people are familiar with these medications. But in fact, older adults should be very careful before using NSAIDs often or regularly.

Experts have estimated that NSAIDs cause 41,00 hospitalizations and 3,300 deaths among older adults every year.

Recent research has also suggested that NSAIDs cause a small but real increase in the risk of cardiovascular events (e.g. heart attacks and strokes).

Because of these well-known side-effects of NSAIDs in older adults, in 2009 the American Geriatrics Society recommended that older adults avoid using NSAIDS for the treatment of chronic persistent pain. Today, oral NSAIDs remain on the Beer’s List of medications that older adults should avoid or use with caution.

(NSAIDs can also be prescribed as creams or gels. These topical forms are much safer, and can be effective for pain.)

Despite this fact, NSAIDs are often bought by seniors at the drugstore. Perhaps even worse, NSAIDs are often prescribed to older adults by physicians, because the anti-inflammatory effect can provide relief from arthritis pain, gout, and other common health ailments.

(Commonly prescribed NSAIDs include indomethacin, diclofenac, sulindac, meloxicam, and celecoxib. These tend to be stronger than the NSAIDs available without a prescription. However, stronger NSAIDs are associated with higher risks of problems, unless they are used as a cream or gel, in which case the risks are much less.)

Now let me share a true story. Many years ago, a man in his 70s transferred to my patient panel. He had been taking a daily NSAID for several months, prescribed by the previous doctor, to treat his chronic shoulder arthritis.

I cautioned him about continuing this medication, explaining that it could cause serious internal bleeding. He seemed dubious, and said his previous doctor had never mentioned bleeding. He wanted to continue it. I decided to let it slide for the time being.

A few weeks later, he was hospitalized for internal bleeding from his stomach. Naturally, I felt terrible about it.

This is not to say that older adults should never use NSAIDs. Even in geriatrics, we sometimes conclude that the likely benefits seem to outweigh the likely risks.

But this conclusion really should be reached in partnership with the patient and family; only they can tell us how much that pain relief means to them, and how concerned they are about the risk of bleeding and other side-effects. (It’s also possible to reduce the risk of bleeding by having a patient take a medication to reduce stomach acid.)

Unfortunately, far too many older adults are never informed of the risks associated with NSAIDs. And in the drugstore, they sometimes choose ibuprofen over acetaminophen, because they’ve heard that Tylenol can cause liver failure.

Yes, acetaminophen has risks as well. But every year, NSAIDs cause far more hospitalizations among older adults than acetaminophen does.

Aspirin: a special NSAID we no longer use for pain

Aspirin is another analgesic available over-the-counter.

It’s technically also a NSAID, but its chemical structure is a bit different from the other NSAIDs. This is what allows it to be effective in reducing strokes and heart attacks. It is also less likely to affect the kidneys than other NSAIDs are.

(For more on the risks and benefits of aspirin, see this MayoClinic.com article.)

Aspirin is no longer used as an analgesic by the medical community. But many older adults still reach for aspirin to treat their aches and pains, because they are used to thinking of it as a painkiller. Aspirin is also included in certain over-the-counter medications, such as Excedrin.

Taking a very occasional aspirin for a headache or other pain is not terribly risky for most aging adults. But using aspirin more often increases the risk of internal bleeding. So, I discourage my older patients from using aspirin for pain.

Tips on safer use of OTC painkillers

In short, the safest oral OTC painkiller for older adults is usually acetaminophen, provided you don’t exceed 3,000 mg per day.

If you have any concerns about liver function or alcohol use, plan to use the medication daily on an ongoing basis, or otherwise want to err on the safer side, try to not exceed 2,000 mg per day, and seek medical input as soon as possible.

You should also be sure to bring up any chronic pain with your parent’s doctor. It’s important to get help identifying the underlying causes of the pain. The doctor can then help you develop a plan to manage the pain.

And don’t forget to ask about non-drug treatments for pain; they are often safer for older adults, but busy doctors may not bring them up unless you ask. For example, chronic pain self-management programs can be very helpful to some people.

Now if your older parent is taking acetaminophen often or every day, you’ll want to be sure you’ve accounted for all acetaminophen she might be taking. Remember, acetaminophen is often included in medications for cough and cold, and in prescription painkillers. So you need to look at the ingredients list for all medication of this type. Experts believe that half of acetaminophen overdoses are unintentional, and result from people either making mistakes with their doses or not realizing they are taking other medications containing acetaminophen.

Last but not least: be sure to avoid the “PM” version of any OTC painkiller. The “PM” part means a mild sedative has been included, and such drugs — usually diphenhydramine, which is the main ingredient in Benadryl — are anticholinergic and known to be bad for brain function. (See 7 Common Brain-Toxic Drugs Older Adults Should Use With Caution for more about the risks of anticholinergic drugs.)

My own approach, when I do house calls, is to check the older person’s medicine cabinet. If I find any NSAIDs or over-the-counter anticholinergic medications (e.g. antihistamines, sleep aids, etc), I discuss them with my older patient and usually remove them from the house unless there’s a good reason to leave them.

If acetaminophen doesn’t provide enough relief for your mom’s pains, then it may be reasonable to consider over-the-counter (or sometimes prescription) NSAIDs, preferably for a limited period of time. But be sure to discuss the risks and alternatives with the doctor first, and be sure to discuss possible non-drug approaches to lessen pain.

You may also want to ask about topical painkillers, such as gels, creams, and patches. These are generally safer than oral medications, because less of the body is exposed to side effects.

By being informed and proactive, your family can help your mom get better care for her pain, while minimizing the risk of harm from medications.

This article was reviewed & updated in April 2021.

« How to Prevent Falls: 4 Proven Approaches To Ask Your Doctor About
COVID Vaccination for Aging Adults:
What to Know & Do »